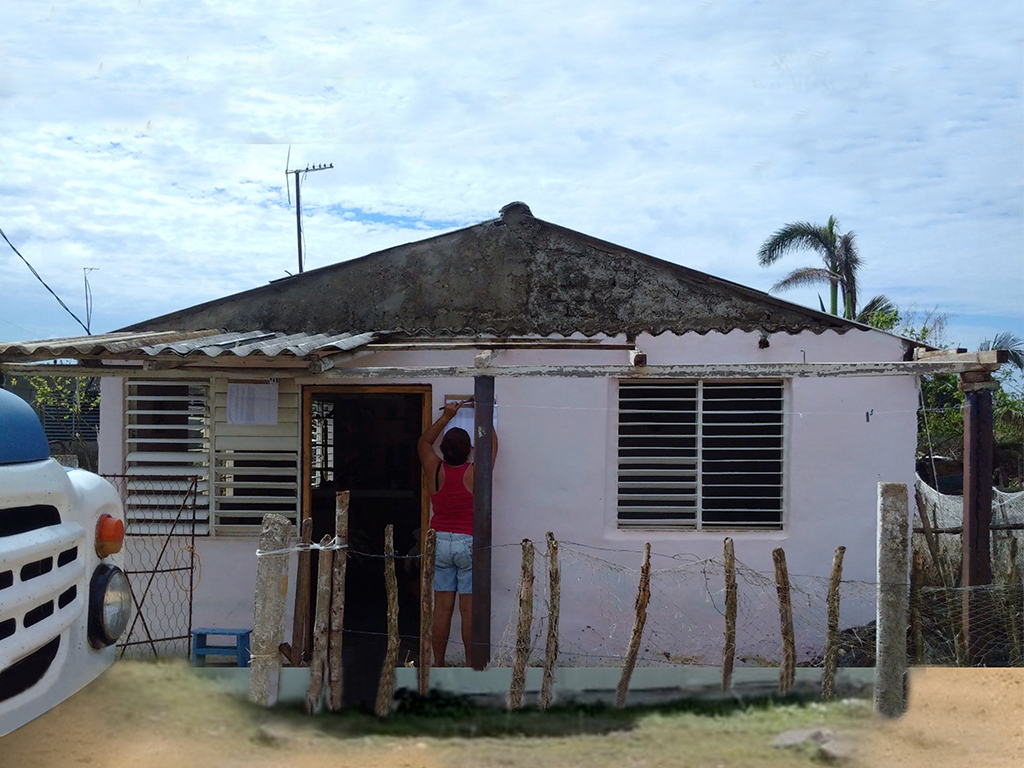 Women in Carahatas, a coastal village in Cuba, know how to deal with hurricanes, tropical storms and risks related to sea-level rise. But three obstacles prevent them from assuming a more decisive role in risk management and climate-change adaptation strategies. First, the community is still not fully aware of climate change effects, disaster risk, and solutions in disaster management. Second, individual initiatives led by women are rarely integrated into a coherent collective strategy. Finally, women from Carahatas still have limited influence on disaster risk policy. In response to these challenges, researchers from Universidad Central “Marta Abreu” de Las Villas (UCLV) collaborated with local elementary school teachers to create Mujeres del Mar (“The women from the Sea”), a women-led group that seeks to create climate change risk awareness and strengthen support networks to reduce risk. Academics provided training on climate change risk for 17 women, coordinated cultural activities for 72 group members, and explained possible adaptation measures. The group of women, with their acquired knowledge and skills, was able to influence land and risk management policy during a municipal strategy meeting which took place on March 26, 2019. This project shows how improving knowledge and skills among women facilitates their participation in policy making in the face of climate change.

In Carahatas, a coastal settlement in Cuba, women play central roles in the household and community, as men are often away fishing for extended periods. As a result, they automatically shoulder a large part of the work regarding risk management and disaster recovery. Following 2017’s Hurricane Irma, for instance, women maintained communication between neighbors, protected belongings, reorganized domestic space during rebuilding process, and contributed to home repair and reconstruction work. However, women in the region generally have little knowledge of climate change and of the best adaptive practices. Furthermore, while such women’s initiatives are commendable, they are undertaken mostly on an individual basis and not as part of an organized strategy. But women’s role in housing recovery and maintenance in Carahatas comes with many challenges that cannot be solved individually, such as lack of access to credit or subsidies due to their location in a flood-risk zone. Besides, women do not have much influence in decision-making related to reconstruction management, a role traditionally held by men.

In response, researchers from Universidad Central “Marta Abreu” de Las Villas (UCLV) created the community action group Women from the Sea, consisting of 12 women teachers leading the group, 21 mothers of students, and 39 other community members.  The women joined forces to learn about climate change issues affecting the community, take preventive action, strengthen their role in the community, and influence policy. The group’s initiatives are varied and include training in climate change risks and management (Fig. 2, 3, 5 and 6) as well as hosting discussion forums on the best practices to common problems, pertinent regulations, new opportunities, and creative solutions. To remove technical and institutional language barriers, the training and the discussion forums framed climate change in simple narratives and connected it with examples in the community. Women from the Sea also contributed to other local initiatives sponsored by ADAPTO, such as housing recovery after Hurricane Irma (see initiative “Building on local knowledge,” and Fig. 1), in cultural activities with children (see “I adapt”), and in disseminating information on digital platforms (see “Voices of Carahatas”). Since its inception, the group has improved communication and enhanced mutual support among women, and strengthened women’s representation in municipal meetings on disaster risk management and climate change adaptation. Women are now aware that given their influence in households, and with the strength they hold when they act as a collective, they are more capable of solving the problems they face.

Following a context assessment in the community, university researchers associated with ADAPTO-Cuba initiated the idea of forming a community action group with women in the community to raise risk awareness with cultural activities. At the local elementary school in Carahatas, they identified a leader who volunteered to mobilize other teachers and students’ mothers. The women supported the project and decided to form a community action group on climate change, which they named “Women from the Sea.” With university support, the group planned talks, workshops and observation tours to learn more about the effects of climate change in the community and to document, recognize, and share the best existing adaptive practices. The group of women then planned cultural as well as educational activities aimed at enhancing climate change awareness and adaptation in the community. The group created and planned the initial activities with great enthusiasm (Fig. 4, phases 1–3). However, difficulties accessing funding, mainly due to bureaucratic obstacles regarding international projects in Cuba, limited the implementation of cultural activities (Fig. 4, phases 4–6). UCLV researchers contributed to resolving the issue by partnering with Habitat 2, a research project sponsored by the Swiss Cooperation. They also included the Women from the Sea group in international ADAPTO initiatives, such as in the 2019 “Training of Change Agents” program organized by Colombian partners. The Women from the Sea then engaged in more resource-intensive activities, such as mangrove planting planning to reduce flood risks along the coast, and theater productions to illustrate climate change effects and adaptation strategies for Carahatas residents. As they grew more knowledgeable on climate change issues, the participating women also contributed significantly to other local initiatives. Ultimately, the Women from the Sea’s involvement has extended far beyond the original focus on cultural activities.

Forming, legitimizing, and engaging female community action groups on climate change is novel in Cuba. Since the establishment of a national climate change policy in 2017, the government has initiated most projects within institutional structures. In this new organizational experience (Fig. 4), the UCLV researchers led the context analysis and worked with local actors to initiate the initiative. Women teachers then took the lead on multiple initiatives. The researchers collaborated closely with the group of women, but the group has remained independent in the way it operates. When planned activities – such as a visual dissemination campaign and artist invitations – could not be realized due to lack of financing, the researchers advised and supported the community action group in finding alternative activities and financing. As mentioned, the researchers also took part in the training sessions and partnered with Habitat 2 to solve financial issues.  The support for other ADAPTO initiatives in Carahatas enhanced women’s leadership skills – as teachers in “I adapt,” and as coordinators of neighborhood assistance in “Building on local knowledge.” The municipality of Carahatas has taken on a follow-up and support role, which lends legitimacy to the project, and has consulted Women from the Sea regarding policy development.

A comprehensive study of the local context allows us to identify opportunities to advance several issues at once. In this case, supporting the creation of a women-lead community action group contributed to breaking down traditional gender roles as well as increasing climate change awareness and adaptation. The training of women in disaster risk management and climate change adaptation has strengthened their general influence regarding the future of Carahatas.

In training with community-based organizations, complex issues like climate change and adaptation need to be framed within scenes from everyday life. These issues have traditionally been communicated by academics, institutions, and government agencies with a specialized vocabulary (jargon), which limits community members’ ability to move from being “vulnerable” aid recipients to actors in their own right. Use of simple narratives lets communities acquire the knowledge and skills they need to better understand, influence, and act on topics of concern on their own terms. In the case of housing reconstruction and climate change in Carahatas, the women in the community action group have been able to better influence decisions that were traditionally made only by men.

Creating a community action group to collaborate on specific issues such as climate change may also increase collaboration in other spheres of life. In this particular project, community collaboration also enhanced residents’ capacity to solve daily problems. In other words, increased collaboration, care, and trust among group members proved useful in collectively addressing a variety of issues beyond just climate-related ones, such as access to childcare and gardening tools.

Increasing climate change adaptation by empowering the organizational capacity of communities in general, and of women in particular, is an approach that could be replicated with very few resources in other small settlements in Cuba. However, the group’s initiatives are limited by financial resources. Additional financial and logistical support would likely increase the capacity of community action groups like Women from the Sea to generate greater impacts.