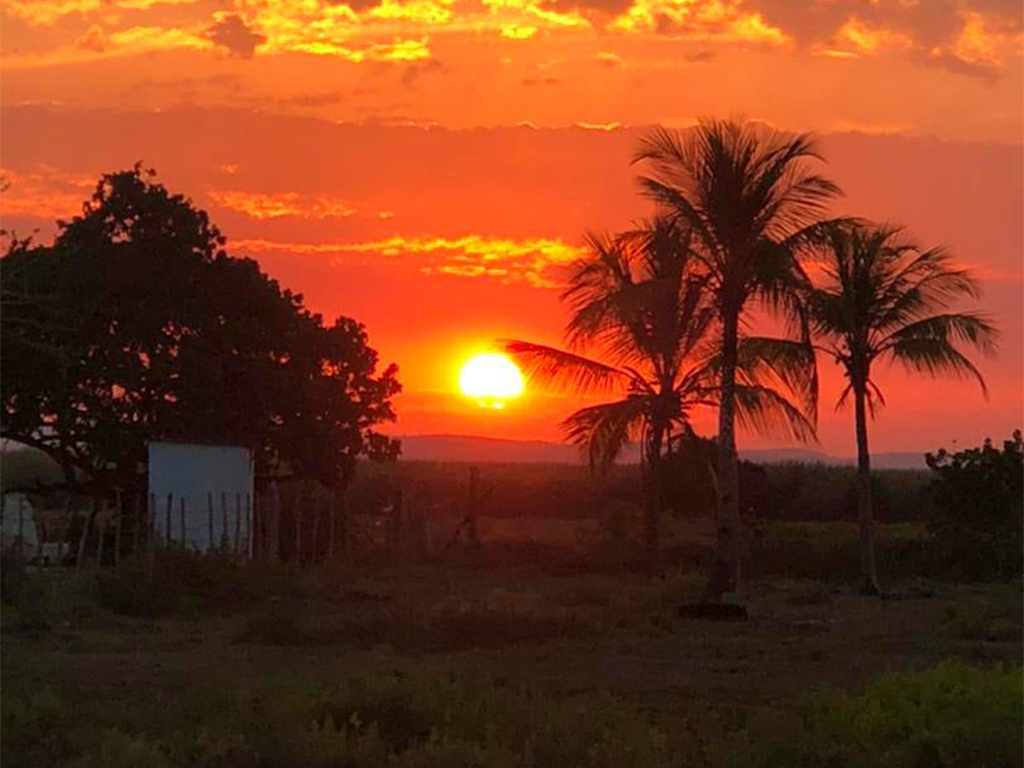 Access to mobile data and the internet remains problematic in small and remote Cuban towns. In Carahatas, a village on the northern coast of Cuba, mobile data became accessible only in 2018. In 2020, researchers from the Universidad Central “Marta Abreu” de Las Villas created the group Voces de Carahatas (Voices of Carahatas) to facilitate exchange with the villagers of Carahatas, after facing difficulties in reaching them due to the travel restrictions enforced during the COVID-19 pandemic. Through the group, they disseminated information related to global warming and ADAPTO activities in the region. To this end, the researchers trained 14 villagers in internet and social media use. They provided financial support and—importantly—pertinent content about the climate crisis and climate action. By the end of the project’s implementation, six academics and more than 20 inhabitants of Carahatas were engaging in online conversations on climate change adaptation. Moreover, 14 residents are still in discussion on the WhatsApp platform and, as of April 2021, the Facebook page has been visited more than 9,300 times and has 162 followers. The Voices of Carahatas initiative illustrates the value of equitable access to digital means of communication in action research with communities. Social media platforms helped the community members and researchers build trust and sustain their collaboration. The participants became leaders and advocates for climate change adaptation in Carahatas. Interestingly, Voices of Carahatas has also proven instrumental to community preparation initiatives for natural hazards, such as the 2020 tropical storm season.

In the small and remote Cuban town of Carahatas, a fishing community of 591 inhabitants on the northern shore of Cuba, wireless mobile telecommunications technology (3G) became available only in December 2018. It remains the only means of accessing the internet in the village. While service is improving, data packages remain unaffordable, limiting residents’ and researchers’ access to the digital platforms, such as WhatsApp and Facebook, widely used by the other ADAPTO partners in Latin America. Lack of access to mobile data has also affected the implementation of other ADAPTO initiatives in Carahatas. For researchers, the most effective means of communication with communities have been in-person contact and landline telephone.

Researchers from Universidad Central “Marta Abreu” de Las Villas (UCLV) initiated Voices of Carahatas to meet three basic objectives: 1) facilitating community members’ easy access to updated information about climate change, 2) easing communication and exchange with the community, and 3) documenting and sharing information about ADAPTO’s initiatives in the village. The initiative financed access to mobile data for 10 residents of Carahatas, nine of whom are women, as well as six university researchers. Four additional community members joined on a voluntary basis, without financial incentives. Researchers then organized training on the use of mobile applications in action research.

The Voices of Carahatas group has used WhatsApp to communicate with ADAPTO participants in Cuba and abroad (Fig. 3). On its Facebook page, the group has informed the community about climate change risks as well as appropriate coping strategies, drawing on national and international examples (Fig. 4). The group has shared photos, news, articles and reflections on the beauty of the natural environment, the value of traditional ways of life, and the risks present in the area. They have also coordinated their work with various ADAPTO initiatives underway in Carahatas and have published the results. The researchers have contributed by publishing links to key references on climate change risks as well as examples of good adaptation practices implemented in other contexts.

The university researchers selected the 14 participants based on two criteria: 1) their willingness to engage in the project, and 2) their access to phones that could support data network connectivity. Of the 14 community participants, 9 already had experience with other ADAPTO initiatives in Carahatas, and 4 volunteered without asking for financial assistance. The researchers developed the objectives and scope of the initiative, which were later approved by the participants. They also hosted a training session on the use of social networks and the internet.

ADAPTO’s financial support was essential at the start of the project, since most group members did not have the financial capacity to buy data packages. The launch of activities on the digital platforms also came at a time when communications between university researchers and the community were getting more difficult due to internal travel restrictions linked to the pandemic. In this sense, the approval of funding for the initiative was timely, unblocking communications between the university and the community.

Voices of Carahatas drew a high level of interest while the initiative was ongoing, with participants feeling excited to use the digital technology. Following discussions on the digital platforms about several problems in the community that were not being addressed, group members also took the initiative to act and implement new activities. These included participatory design workshops on flood containment measures (Fig. 2, 8 and 9) and consultations with relevant authorities about problematic areas prone to flooding (Fig. 7, point 7). In turn, these activities generated two sub-projects: one is the design of a public space along the coast, while the other centers on mangrove planting (Fig. 5). Both are still underway but have slowed down due to the pandemic. The agency of the women in the group was instrumental to the implementation and assessment of the climate change initiatives – led within and outside the framework of the ADAPTO initiatives in Carahatas – from responses to local floods caused by heavy rains and rising tides to home repairs following Hurricane Irma. Notably, the women in the group also became active in other initiatives of collective interest, including those related to public transport and water supply.

Interestingly, the group served as liaison between the community and researchers during the 2020 hurricane season, providing information on the impact of tropical storms Laura and Eta. The Voices of Carahatas group provided more detailed and more frequent updates than the official communication channels. The information on the platforms reached the rest of the community by word of mouth, as the group members communicated the information to their relatives and neighbours. This information enabled villagers to take timely and appropriate measures to protect their boats and other possessions.

The main actors are the researchers of the ADAPTO team of Universidad Central “Marta Abreu” de Las Villas (UCLV) and community members of Carahatas (Fig. 7). The researchers identified the need for digital communications and proposed the concept for the initiative. They contributed to the discussions held on the digital platforms. They also took an active role in the administration of the platform and the enforcement of collectively determined group rules: for instance, by ensuring that the platform was used only for topics related to climate change adaptation, and by reviewing the veracity of the statements published. Community participants in the initiative, predominantly women (12 of 14), played a leading role in the discussions on social media. They also initiated the two aforementioned sub-projects on mangrove planting and the design of a new public space, with university support.

The Voices of Carahatas initiative demonstrates the importance of equitable access to digital means of communication in the realization of action research with communities. For the university, the project has allowed more efficient communication with the community as well as follow-up on the local initiatives’ numerous activities. For the ADAPTO research project as a whole, it has aided efforts to level up digital literacy and access to information and communication channels for Cuban partners, so that they can reach levels similar to the other ADAPTO partners in Colombia and Chile. For the community, financial and training incentives have contributed to a successful use of social media and the internet, facilitating rapid access to information and generating discussions on their own aspirations and needs. Such incentives can empower small communities that have until recently been isolated from the digital world. Access to the internet and social networks has enhanced their awareness of the global issue of climate change, demonstrated how this issue is rooted in everyday life, and provided a platform for communities to act. The judicious use of digital platforms has also been particularly helpful to community preparation efforts for other climate threats, such as the 2020 tropical storm season, by building trust and facilitating constant collaboration among the participants and with the community.

Creating a platform with the purpose of facilitating communication of information on climate change is an initiative that could be usefully replicated elsewhere in Latin America. In Cuba, Voices of Carahatas is an unprecedented project in settlements threatened by the effects of climate change. The initiative can be reproduced in other coastal towns in Cuba if similar financial incentives are provided. Its replication could contribute to improving national communication channels and facilitating concerted decisions between small communities and the State. Educational institutions, the Ministry of Science, Technology and Environment, and the government are following up on the results of this initiative.

Voices of Carahatas is recent in comparison with ADAPTO’s other initiatives in Cuba. One of the challenges is to increase the number of participants, which is currently limited by the low rates of mobile phone ownership and by the financial resources needed to buy mobile data. It is, however, expected that access to mobile data will become less expensive in coming years, as 3G service penetrates the rest of Cuba. Until then, the continuation of digital activities will depend on the maintenance of subsidies for data plans. The success of future actions will also depend on the implementation of the new local initiatives previously mentioned. For instance, the group are moving forward with the design of a public space on the coast and with the planting of mangroves.