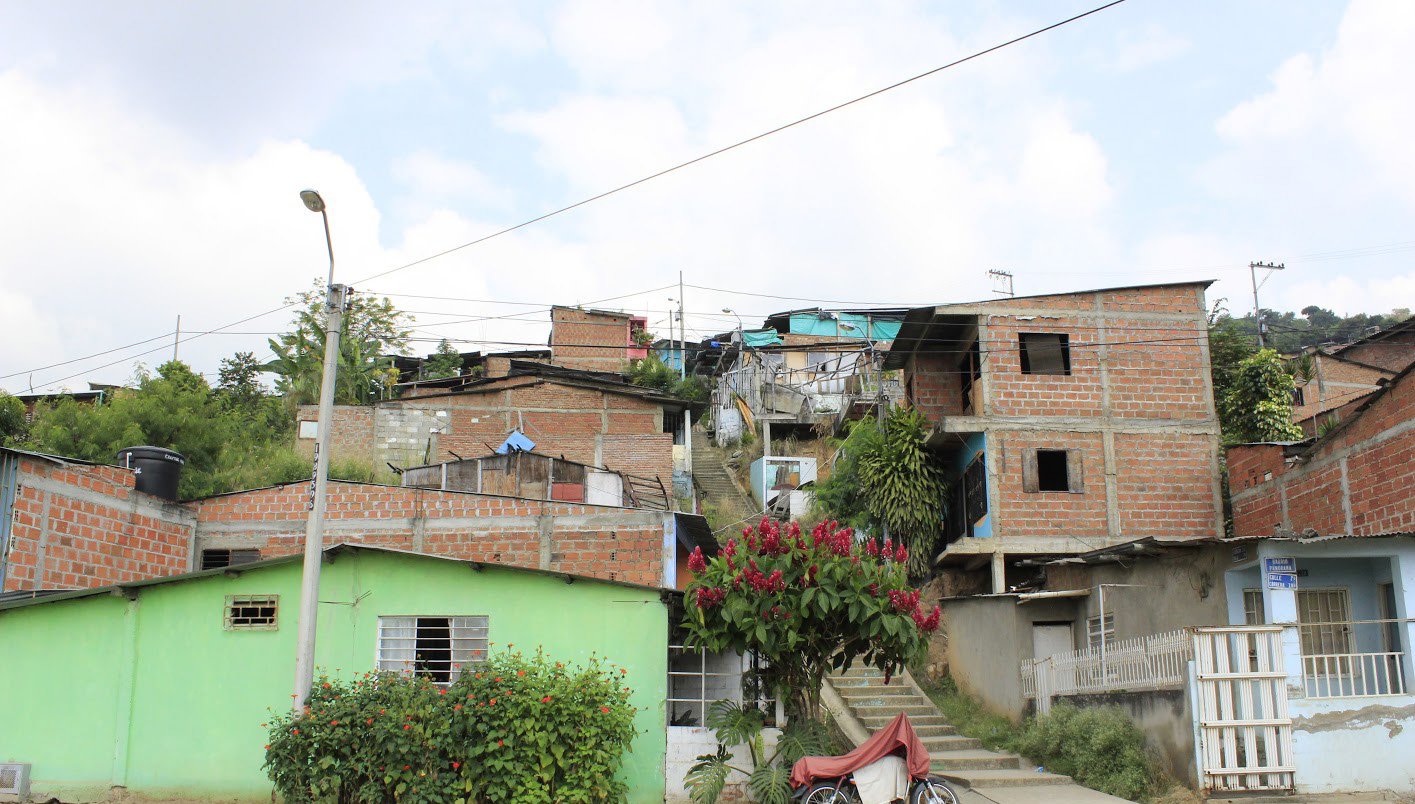 This initiative aims to launch the process of ecological restoration in the deforested La Estancia Hill neighbourhood in Yumbo, Colombia. Increased vegetation coverage will help mitigate air pollution from nearby industrial areas and mines and will help reduce urban heat island effects. First, by initiating reforestation activities in El Poli Park in the Las Américas neighbourhood, the team aims to reforest the entire neighbourhood’s perimeter. To complete this project, the Universidad del Valle and the Fundación FACY brought together a group of eager community leaders and residents. The leaders of the initiative adapted the activities to control the spread of COVID-19, namely by starting the sowing process in participants’ home gardens rather than directly onsite. The participants received training on how to start the reforestation process at home, and proceeded to sow more than 200 trees and plants. These trees and plants will be transplanted at a later stage. The reforestation process had a successful start, as the activities not only respected but built upon the individual capacities of each participant.

La Estancia Hill separates the residential neighbourhood of Las Américas in Commune 1 from the industrial zone in Yumbo. The hill has been mostly cleared of its trees due to industrial activities, the expansion of informal settlements, and the residents’ negligence of their natural environment. The soil is unstable and unable to retain water. The residential area lacks vital green spaces and suffers from high exposure to the pollution generated by nearby heavy industries and mines. Children and young people are affected by this pollution, and several diseases caused by poor air quality have spread in the community.

This initiative is a first step towards the reforestation of La Estancia Hill along the edge of Commune 1. It aims to combat vegetation loss in the area and reduce the negative effects caused by the nearby industries and mines. By creating this “green barrier,” the team is exploring a strategy to adapt to climate change at the local level. Indeed, it can transform industrial CO2 emissions into O2, reduce the urban heat island effect, and reduce the risk of erosion and flooding by making the soil more stable and permeable.

Participants started by sowing trees and plants at home, with the understanding that they would later be transplanted in the new El Poli Park on La Estancia Hill. Organizers offered comprehensive training for leaders involved in promoting community environmental action and encouraging the restoration of degraded ecosystems in Yumbo. They then organized intergenerational knowledge sharing activities on plant use and handling, based on the principle of care. The initiative connected different generations, as children, adults, and senior citizens agreed to take responsibility for the reforestation activities. As such, the initiative built empathy and generated a local network.

This initiative is part of a series being implemented in El Poli Park, in the Las Américas neighbourhood of Yumbo. The series aims to create new green spaces as well as areas for sports and leisure, all adapted to climate change (see the initiatives “Place-making and place-protecting,” “Low-cost stormwater collector,” and “Sowing a community with an urban community garden”). The reforestation initiative began in 2017 with seven needs assessment workshops, held with different demographic groups in the neighbourhood. These were led by a team of facilitators and professionals specializing in architecture, sociology, history, social communication, and graphic and industrial design from the Universidad del Valle.  Following these workshops, organizers held two planning assemblies, two guided tours of the park and one forum. The forum gathered more than 30 residents; multiple entities operating within the mayor’s office, such as the Municipal Environmental Technical Unit (UMATA), the Municipal Council, the environmental brigade of the Gabriel García Márquez School, and the Yumbo Business Alliance; and non-governmental organizations such as Fundación FACY. These activities prompted discussion on needs and challenges linked to reforestation. Participants classified their priorities based on their potential added value: community dialogue, environmental education, alternative livelihoods, and adaptation to climate change. The activities facilitated institutional articulation between the community, official actors, and the private sector, toward more effective actions for the reforestation process in the area.

This reforestation initiative was promoted by Fundación FACY, an NGO that has been working on environmental management issues for 13 years, and Mr. Miguel Ledesma, a community leader in the nearby Panorama neighbourhood who has advocated for the ecological restoration of La Estancia Hill for more than 10 years. The proposal for a reforestation initiative emerged during meetings held with the LIUR team in 2017.

Unfortunately, it has not yet been possible to plant trees due to delays caused by the COVID-19 pandemic, which has forced the suspension of collective and field activities. For now, the initiative is being led from people’s homes. Participants continue to sow and care for trees and plants in their home gardens, and neighbourhood leaders continue to organize online discussions to feed enthusiasm for the project despite the circumstances.

Researchers from the Universidad del Valle led the initiative, managing financial resources, organizing knowledge transfer workshops, and partnering with organizations and businesses. The researchers built on previous experience from a similar project implemented in Cali. Between phase 3 and phase 5 (Fig. 3), a series of communication problems and conflicts of interest occurred among project Partner organizations, which made it difficult to implement the activities. To resolve these issues, community leaders got more involved in the decision-making process (also see “Sowing a community with an urban garden”).

The community has played a key role in this initiative by facilitating its consolidation. Women have been actively involved in all phases. They have namely been essential in replicating and maintaining reforestation activities. Mrs. Nidia Barona’s group of senior participants also played a fundamental role, developing all the collective activities.

The mayor’s office has also been involved in the initiative. The infrastructure secretary’s office was in charge of removing inadequate soil from El Poli Park to prepare the terrain to receive young trees from the participants’ homes. The Fundación FACY as well as several other local businesses were also interested in contributing to the project, as they are active near La Estancia Hill.

The initiative did more than just start a reforestation process. The level of planning and execution that were achieved demonstrated the community’s capacity to implement low-cost green infrastructure in a quick and effective manner. It also enhanced awareness within the community on the importance of vegetation coverage and plant resource management as potential responses to pollution and urban heat effects in Yumbo. The training sessions and at-home sowing activities also reduced social isolation and economic vulnerability during the lockdown.

This initiative was created in the hopes that it would continue to work beyond the ADAPTO project’s conclusion. Sowing trees at home is only the beginning of the reforestation process. With knowledge and skills being continuously shared, and women sustaining practices at home, the hope is that the community will continue the reforestation process. The replicability of this type of proposal depends a lot on the University’s will and impulses as it does not have the resources to continuously support the project.